Almost 30 inspiring individuals from across Northern Ireland have been shortlisted for the SuperValu SuperStars awards and will attend a prestigious awards ceremony at Titanic Hotel on Thursday 21 November.

Returning for a third year, the popular initiative recognises those who had gone beyond the call of duty to help people and communities in need. The campaign launched in June and received an incredible number of inspiring nominations from across Northern Ireland.

From life-saving kidney transplants offered over the Christmas dinner table, to inspiring caregivers, volunteers, community activists and fantastic fundraisers, the shortlist shines the spotlight on the people that have gone above and beyond to make a difference in communities across Northern Ireland.

The dazzling finalists’ ceremony will be hosted by TV personality Pamela Ballantine and the overall winner will walk away with £1,000 for themselves and a £1,000 donation to a registered charity of their choice. All other finalists will receive SuperValu vouchers. 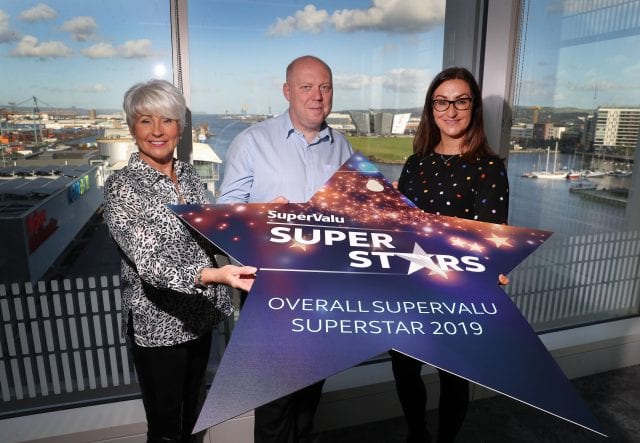 Brendan Gallen, Head of Marketing, Musgrave NI said: “The intention of SuperValu SuperStars is to uncover and recognise remarkable individuals, including adults, children, community groups and people working in the social enterprise sector, who have gone beyond the call of duty.

“Once again, we have been blown away by the calibre of this year’s entries, and judging was a lengthy process. We are confident that we have selected an extremely strong group of finalists, who should all be very proud of their achievements. We are certain that all of our winners will be extremely deserving of their titles.”

Judge and host of SuperValu SuperStars, Pamela Ballantine, said: “Once again I am thrilled to be part of SuperValu SuperStars, an initiative which rewards local heroes for making contributions to communities right across Northern Ireland. It is inspiring to hear the stories of unsung heroes and the incredible work being done by children and adults that might otherwise have gone unrewarded. I look forward to meeting all of our finalists on November 21 in the Titanic Hotel, where they will be recognised for their achievements.”

Shortlisted nominees for the SuperValu SuperStars Awards 2019 include: